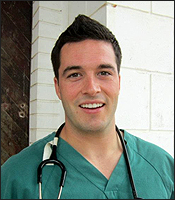 Jared graduated from St. George’s University of Veterinary Medicine in 2013. He lived 3 years in St. George’s Grenada and finished his studies at Cornell University, Ithaca, New York. After graduation he started work at an Emergency Veterinary Clinic for a year and enjoyed every aspect that emergency medicine has to offer. Jared followed by his family had decided to purchase Granada Veterinary Clinic in April 2014. Jared has a unique family as his father, brother, sister-in-law are all Veterinarians. Occasionally they all make an appearance here at Granada and all strive to provide quality compassionate family care medicine. When Jared is not busy at work he spends much of his time with his wife Angela (who is also a Veterinarian), his two children, Benson and Ella, and cat Basil. Typically during the summer he is lounging at the lake. 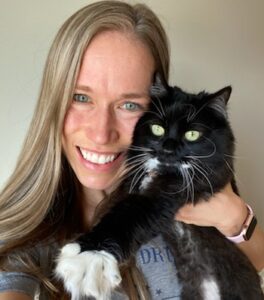 Angela graduated from St. George’s University School of Veterinary Medicine in 2013. Originally from western New York State, Angela moved to Canada with her now husband, Jared, shortly after graduation. She worked as a small animal veterinarian in Spruce Grove for 8 years before joining the team at Granada Vet Clinic. Angela is excited to be working with a close-knit team that has a tremendous passion for veterinary medicine. She enjoys performing surgeries and loves being able to help her patients live their happiest and healthiest lives! Outside of work, Angela spends her time with her two children, Benson and Ella, her husband, Jared and cat, Basil. She enjoys running, sewing, gardening, and baking. 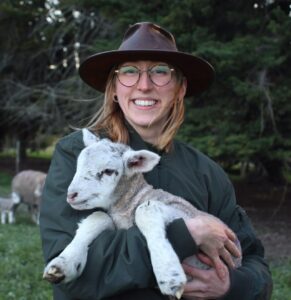 Dr. Kirby Spring is originally from Fort McMurray, but ended all the way in Australia for vet school and graduated from The University of Melbourne.
Dr. Spring is excited to join the team at Granada and loves everything about general practice. From soft tissue surgery, to dental procedures, and every type of consult in between! Dr. Spring finds the most satisfaction in working collaboratively with pet owners to address their biggest concerns and help keep their pets happy and healthy. When not at the clinic Dr. Spring enjoys being outdoors hiking, going to the gym, attempting to master some new found pottery skills and of course, spending time with her cat, Oscar.

Alison has been working at Granada Veterinary Clinic since 2012 as a Veterinary Medical Receptionist. She graduated from Sheridan College from Animal Care in 2005. She hails from Toronto Ontario but moved to Edmonton in 2007. She lives with a sassy cat named Lulu who hates cuddling. In her spare time, she enjoys watching movies and spending time with her husband and son Tyler. 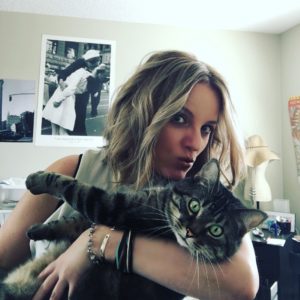 Jenn joined Granada Veterinary Clinic team in 2017. Her love of animals and working with the public has kept her in the veterinary industry since 2004. Jenn lives with a handsome brown tabby named Marzo. In her spare time, she enjoys cooking, watching baseball and, of course, anything cat related. 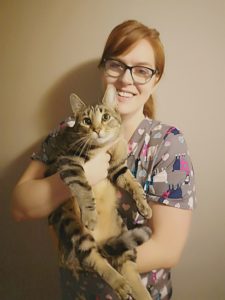 Rebecca graduated as a Registered Veterinary Technician from Fairview with an Animal Health Technology Diploma in 2019. Growing up with farm animals she has always loved taking care of them and learning everything about them. She is super excited to work with and educate clients on behaviour now that she is Fear Free Certified Level 3. At home she has a cat (Raisin) and out on the farm has her mare (Ashes). In her spare time, she is either at the barn riding her horse, doing mounted archer, taking photos, at home playing with her cat, doing leather working or focused on a puzzle. 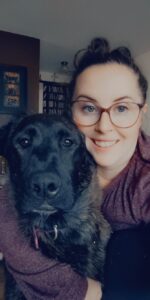 Sarah graduated from NAIT vet tech program in 2010. She worked in Spruce Grove for ten years prior to joining the team at Granada Veterinary Clinic. At work her favorite things to do are remove porcupine quills and treat abscesses. When she’s not at work Sarah enjoys playing soccer, potatoes, and hanging out with her friends and family. She also enjoys spending time with her dog Saoirse and her cat Oscar. 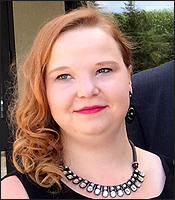 Becky has been a Technician assistant at Granada Veterinary Clinic since 2010. She has a strong passion for her work and enjoys every aspect of working in a veterinary clinic. Becky has a 3 year old chihuahua mix (Bark Vader). Growing up she has had several dogs and cats, and occasionally fish. Living with several animals she developed a strong passion for working with them. During her free time she enjoys listening to music, drawing and spending quality time with her family.